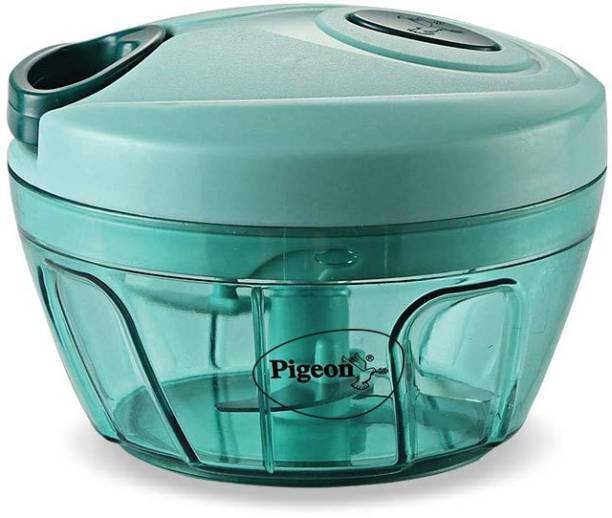 Whether you want to prepare an amazing salad with assorted veggies or make a delicious vegetable recipe, this Pigeon Handy Vegetable Chopper will be your ideal kitchen helper. It comes with three stainless-steel blades that can cut everything from fruits to vegetables with ease. You can also remove the attachments of this chopper and clean them in a hassle-free way.